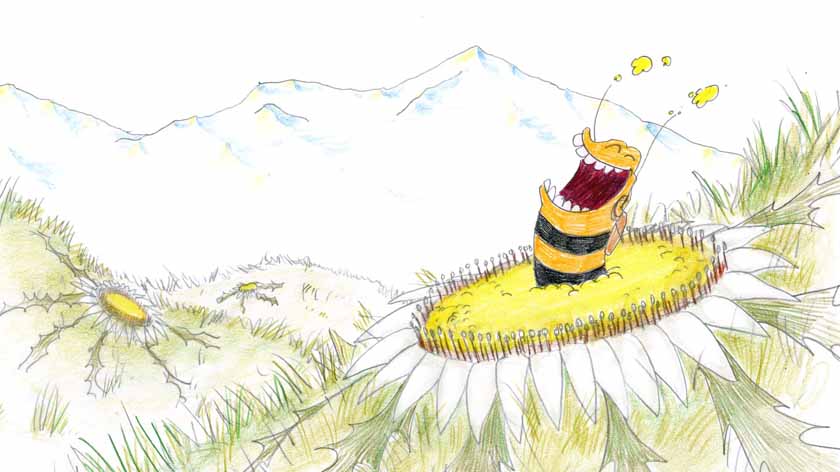 My grandfather is telling me a story that he invented, and asks me to make a film out of it. Because of pollution, pesticides, and other toxic substances, a bee decides to leave her hive, looking for a more comfortable place for her to live in.