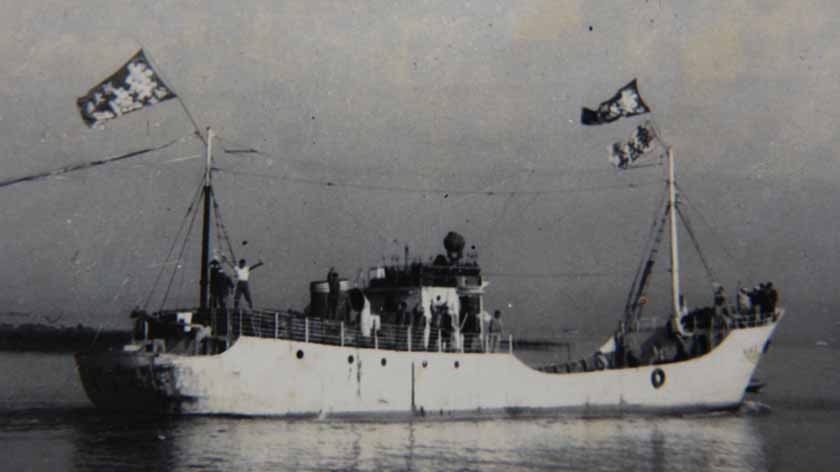 On March 1, 1954, the United States conducted a hydrogen bomb test “Castle Bravo” at Bikini Atoll, Marshall Islands. This is a documentary film adapted from a television program. Materials were collected for a period of approximately eight years. The film reveals new facts through investigations and interviews, backed up by confidential and official documents. It reexamines the incident, such as the contamination of the fallout, not only affecting those on the fishing vessel Daigo Fukuryu Maru (“Lucky Dragon No. 5”) but also the whole of Japan, contamination of the air and seas, and compensation towards fishermen.