Dryads in a Snow Valley 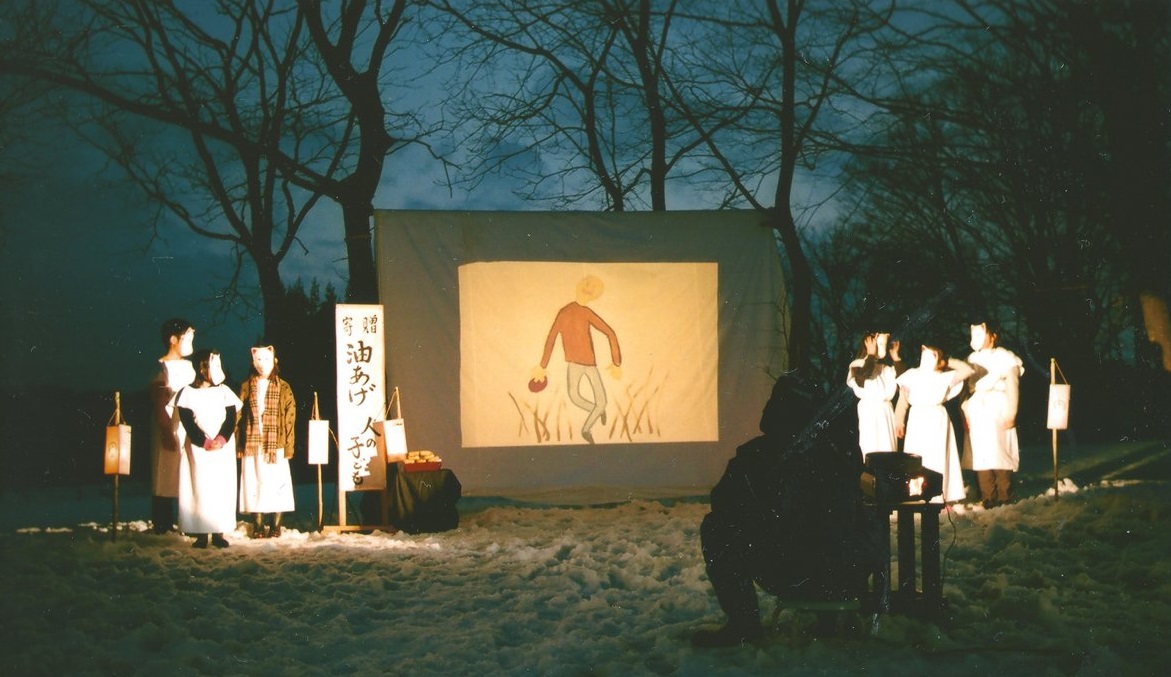 “I used to think that village life was too tough to bear but now it’s a lot of fun, working with the guys,” says Mr. Kogure, one of the people who moved from Tokyo to snowy rural Japan. Over the years Kogure and his wife have organically formed a circle of friends. They’ve never grown rice before but they learn as they go. All communal activities become an excuse for a party around the hearth that end up in song.

When they are restoring an abandoned paddy, they excavate an old irrigation system which connects them with the lost ways of the rural life. It’s one of the serendipitous moments that makes everything worthwhile for them. They grow organic rice not necessarily to be eco-friendly but simply because they do not know how to use chemicals. They relish the physically demanding work of manually growing and harvesting their crop.

With the arrival of winter the whole village is buried under 4 meters of snow. The village is frozen over but Kogure and the company know how to enjoy life. They have each other and humor to help themselves through the long winter until spring comes and village life begins again.

On March 12, 2011 in the wake of the Tohoku Earthquake and Tsunami, a tremendous earthquake shook the area, damaging many houses, including Kogure and his friends’. The construction experts advised them that the damage was beyond repair. But they refuse to be discouraged. Quietly they set about restoring the buildings with determination.