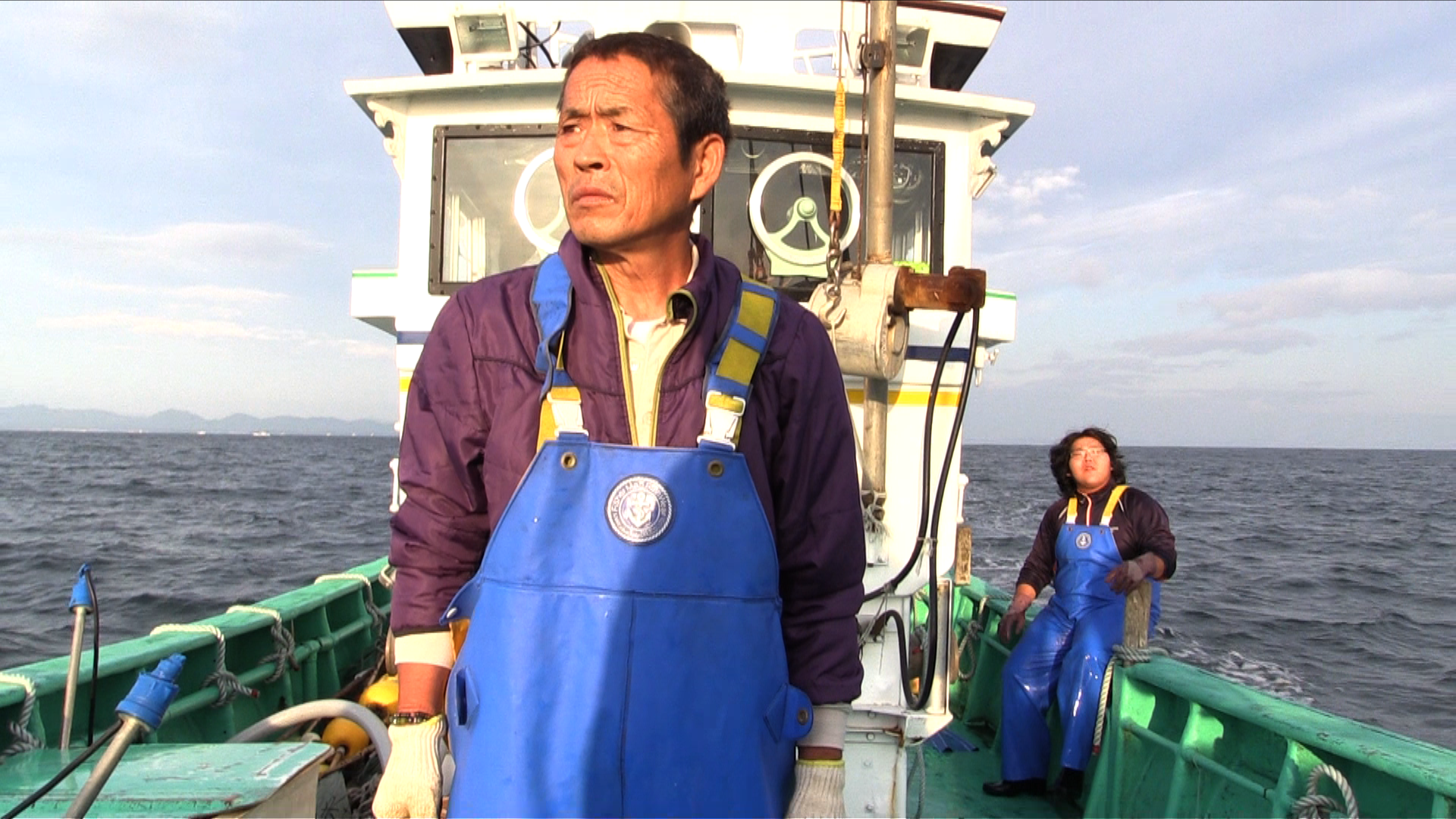 The film is a documentary record of fishermen in Shinchi town, Fukushima prefecture for 3 years since 2011. The fishermen in Fukushima forced to self-restraint in livelihood fishery after the Great East Japan Earthquake followed by the Tsunami attack and nuclear power plant accident. The briefing was held about the plan for bypassing groundwater that is one of the measures against radioactively polluted water by The Tokyo Electric Power Company without the prospects for a solution to operate fishery. The problem was how to compromise among fishermen since the acceptance of the bypassing plan divided fishermen. The film records what fishermen suffers, what they think and how they react since their restorations are not at all simple or easy.

The contradictions and difficulties caused by the disaster ask us the real restoration through fishermen’s family business, traditional events in the coast life and local history.