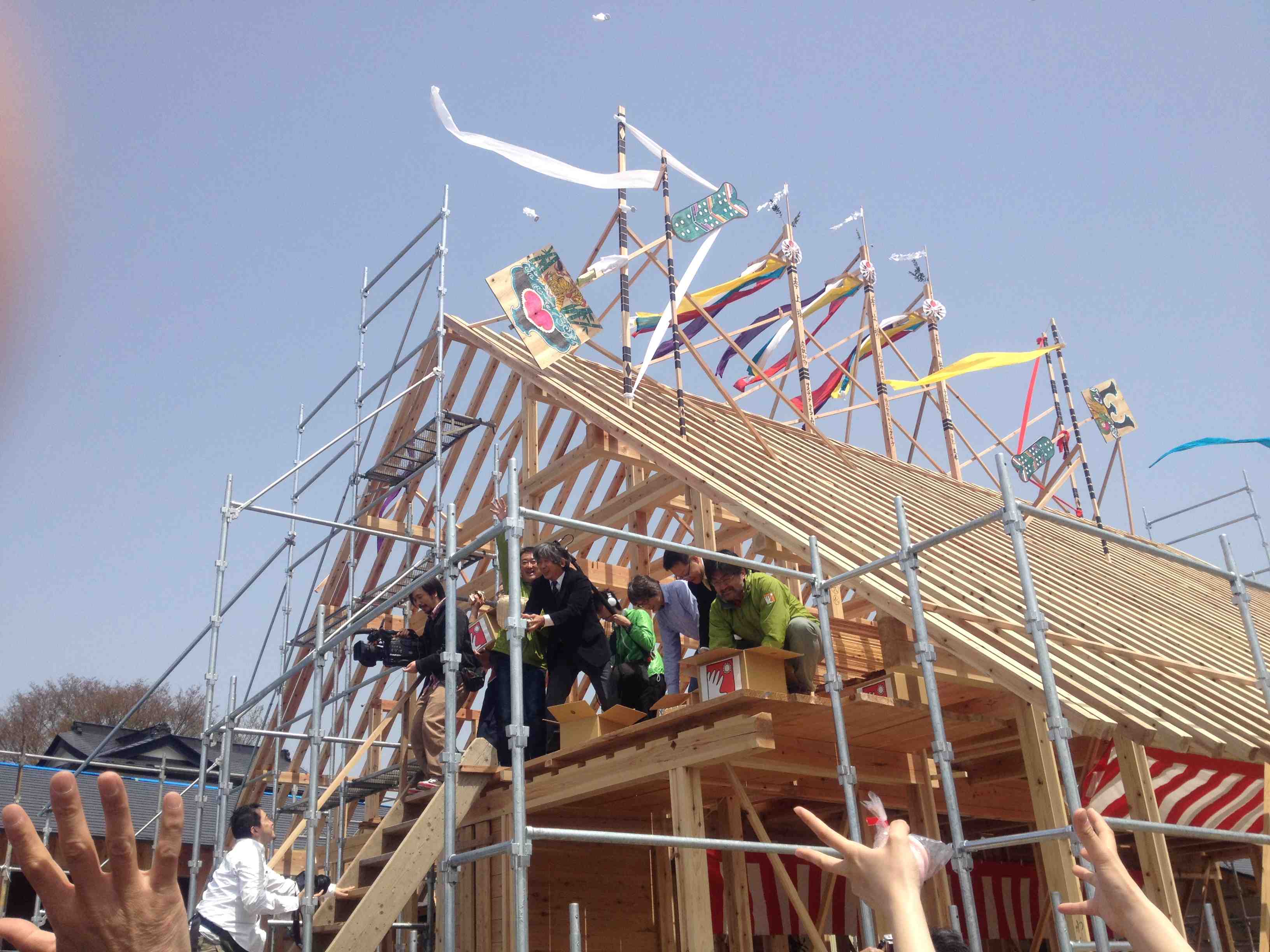 We re-questioned ourselves about the role of nature and community after the disaster of the Great East Japan Earthquake raised problems regarding energy supply. Lifelines were cut off immediately right after the earthquake. Wooden pellets available locally and easy to transport and stock, were sent as aid to the evacuation centers in the regions along the coastline. These pellets played an important role as fuel.

Currently, Japan Forest Biomass Network and Wood Pellet Promotion Conference, which had provided the aid of wooden pellets, and the region, are joining hands to create jobs using the region’s forest resources and build a town using biomass energy. This film pursues today’s biomass energy, mainly based on Japan Forest Biomass Network’s “tenohirani taiyo no ie project” which started up with the support of mont-bell group. Biomass energy has the potential of creating, a sustainable society and regional community using forestry, secondary forests and seas and recovering the relationship between people.

This film was funded by Environmental Restoration and Conservation Agency (ERCA) for the Project “Production and Distribution of Environmental Education Video Rebuilding with Forest Resources: the Future Energy in Tohoku”.